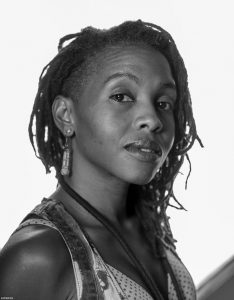 The story of what happened during the summer of 2020 is lost, or rather, someone just dusted it over, and if you just put a little breath on it, you’ll reveal it all. The only abnormalities you can find in the official records have to do with the weather. If you want to know what was really going on, you’ve got to compare what you find on social media with what was officially reported. Check BallSnatch, Fakebutt, and Ingrastam. You’ll see. Things just don’t match up. Maybe you’ve got to water gaze, get a clean bowl, and fill it. Maybe you’ll get some answers that way. I don’t know.

Back then, the reporters gave no indication that anything was unusual; they continued to report the weather like nothing was wrong.  It was August, and not once had officials given us citizens an explanation for why it hadn’t rained all summer. Every city experiences an occasional drought, but it wasn’t dry. Far from it. There should have at least been a mention of it. No official source—no TV weatherman, no newspaper, not even weather.net—gave an explanation for the all-encompassing mushy grayness hovering over the city. Each morning a thick fog rolled in off the Delaware river. It was so massive. It looked like God had hiked her puffy white skirt above her knees to avoid the water. Then, for the rest of the day, a seemingly malcontent, monochromatic shadow colored everything, and no one said anything about it. Imagine normal, temperate, summer weather being like this all of a sudden:

Dawn rises, and there might be a wind that’s a little aggressive, a little more than flirtatious with the hair that hangs about your neck. It teases, and then it definitely threatens, slowly becomes tempestuous. And by mid-morning the sky cracks and rolls but never opens.

There was no rain. Never. At least there wasn’t any officially reported. Every day with the same recorded smile, the weather person, in her too tight cocktail dress and pin-up girl makeup,  announced the same, “Smothering humidity, high temperatures, severely overcast skies, possible rain.”  But it was ridiculous. Everyone knew that it rained. Just not continuously, and not over a very large area.  It was known to rain on one person, or one car, or one house at a time. In torrents. Hurricane conditions for an average of four square feet for an average of four seconds. They didn’t lie, not really. The media, indeed the people, simply ignored these uprisings that only amounted to the discomfort of a few, people who were often other anyway.

A new fried chicken and milkshake place had opened up across from the park, next to the new tiny art gallery, opposite the popsicle store, the pickle store, the mayonnaise store, and the barley beer store. It seemed to Sunny that there was now a store for everything in this neighborhood. How about a Qtip and cotton ball store? A dish soap store? Sunny imagined one day, these specialty stores would cover the city. And instead of a supermarket, you’d get each ingredient for your sandwich from a different store. At the end, your tomato on rye with vegan curry mayonnaise would cost over $100. How ridiculous would that be? But for now, couldn’t a sweet, thick milkshake cheer her, lift the numbing grey fog clinging to her mind and heart?

As if in defense of the thought, an angry steel cloud began forming over her head as soon as she stepped off the number 40 bus. Sunny barely escaped the rain. She stepped quickly through the glass doors that had been covered in plywood after the last riots. Merry bells rang, startled her, bright sounds to match the shockingly bright white walls and halogen lights. The inside of the shop had been sterilized of all of the violence and uncertainty that filled the streets around it.

Sunny ordered her shake from the counter girl with the blond hair. She had a plastic smile and empty blue eyes.

“Right,” she said with a tiny smirk.

Sunny slid onto a stool at the counter in the back and carefully peeled off her damp cardigan. From her vantage point she could people watch. She could clearly see everyone sitting at tables and booths. There was a thin slice of glass left uncovered by the plywood, and so she could also spy the anonymous raincoats and umbrellas walking past outside the shop.

There was a Black couple in the booth closest to the window that kept grabbing her attention. They were the only other Black people in the restaurant. And although most of the Black faces she passed in the streets were gloomy and wet, victims of rain, their houses maybe even torn up by the summer’s flash storms, they seemed to be happy. The sun wasn’t shining at all, and still their faces were reflecting some source of inner light. The waitress brought over a basket of hot chicken, which she sat in the middle of their table.

“Gimme some,” the girl said.

The man looked at her with a devious grin. “Better keep your hands off my food woman.”

She placed her hands on the table and leaned forward ready to pounce.

“I will bite the shit outta you,” he said, still smiling. “Stop playing!” he placed a protective arm in front of the basket.

The brown man began to eat greedily. He barely held in his laughter and paused to drop the chicken and lick his fingers to cool the burning. His date saw her chance. She pushed his arm aside and snatched a wing just as he was about to attempt another bite.

“Let me try this here. The girls at my school said this place got good chicken.” The woman pulled the wing from her mouth; her teeth took most of the meat from the bone.

“Dang!” she said and spit the bite she had taken back into the basket.” Ain’t no salt on it or nothin…”

“And that piece you bit is bloody in the middle.” She looked as if she wanted to vomit. “That’s so trife.”

“That’s what you get, woman. How you gone let some white girls tell you where to get chicken in your own hood? What the hell is ‘artisan fried chicken’ anyway?”

“I coulda got better chicken on the block with some salt pepper ketchup.”

They both laughed until they were holding their bellies. They sat closer together. He grabbed the back of her neck and they pressed lips. Sunny swiveled her stool back toward the counter and sighed. Her milkshake had come and melted. She hadn’t even noticed. It was just as well.

Twisting to and fro on her stool, Sunny glanced once more at the couple as they made their way to the door in each other’s arms. They were the brightest in the room, not the walls or the lights, and when they left, they carried the sun out with them. Sunny imagined that they were in love. The way the girl kept smiling and the way the boy kept touching her, she imagined she must have been witnessing love or something like that.

Sunny paid for her forgotten milkshake and left. Her rain cloud had waited above the door of the shop to escort her home. She glanced at it threateningly from time to time as she walked the four blocks to her house. She didn’t even bother to put her umbrella back up.

The front door of her apartment was open, but the lights were off. She wondered where her roommate was. As she neared the top of the stairs in the communal hallway, she could hear a commotion in the bathroom. A less experienced partygoer may not have recognized the faint noises she heard as retching. But she knew, before she saw, that Mel was throwing up into the toilet. Sunny took the last few steps in bounds.

She found Mel with her head in the toilet looking distressed and even more pale than usual. She helped her into her bedroom and sat her on the bed. Sunny noticed that her personal cloud had hung around, and was now outside Sunny’s bedroom window making a storm just for her. Fat droplets began to assault the pane. Mel lowered her face as her eyes also began to shower the front of her lavender tank top. Her tears came in torrents. Puddles began to form in her upturned, cupped hands.

“I’m pregnant Sunny and I think it’s Allen’s.” Mel did her best to push her words through the water.

Sunny moved to her friend’s side. “I’ll help you,” she said and gently brushed the hair out of Mel’s eyes. She held her tear-soaked hand. “And you won’t have to worry about money. Your parents will give you money right?”

“Not for a half Black baby Sunny. They’d just die. They’d disown me! For real this time…”

Sunny stood up and moved away. “Well, no that’s crazy, Mel. It’s your baby, so they’ll love it. Besides, your parents aren’t racists. They’ve always been really nice to me. How many times have I been to their house?”

“That’s because you can’t get their daughter pregnant, dummy.  Of course we are nice to Black people, we don’t fucking have babies with them. My nanny was your color Sunny,”  Mel stood glaring. “I’m getting rid of it, that’s what I’m going to do.”

Sunny stood in the same place in the middle of the floor, staring at the empty spot on the edge of her bed where her friend had just been. She didn’t think. She just stood wondering what to think or do, if anything was to be thought or done. She turned toward the window, which the darkened sky had transformed into a mirror. For a moment the rain racing down the glass almost made it look like Sunny was crying, but she wasn’t. She couldn’t. She certainly wanted to but couldn’t choose between the many reasons why she might. Her friend had been the one crying, but somehow, Sunny was the one soaking wet. Now the rain was inside. She ran her hands over her cottony, kinky curls and briefly felt self-conscious; felt herself an enemy of her own skin.

Then Sunny felt anger but she felt love too. She remembered the couple she had seen in the restaurant, how they radiated love. For a brief moment, Sunny wanted to curse Mel, but instead she said this prayer for her and her baby:

I hope this child is born. I hope it’s born full of love and health, she prayed, and Dear God, I pray it’s born black as coal.

Misty Sol, a writer/visual artist from small-town Pennsylvania creates art to explore Black people’s connections to family, nature, and speculation. When she isn’t painting, writing, or homeschooling her two kids, Misty enjoys making meals from scratch, gardening, and foraging for wild edible plants. She currently lives in and creates in Philadelphia. Misty’s work is featured in both literary and visual genres in our winter 2021 edition. Visit www.mistysol.com.