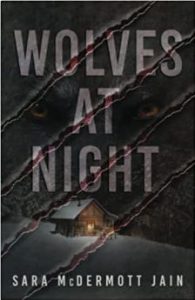 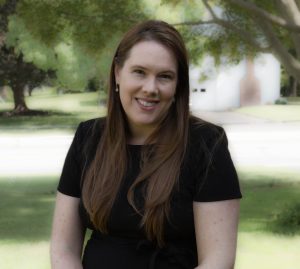 Re-Defining The “Mother” in Sara McDermott’s Wolves at Night

The bloody fight for female empowerment in Sara McDermott’s “WOLVES AT NIGHT” produces a compelling narrative of a single mother’s fight in restoring familial ties with Ben Wilton, the father of her child, as she navigates through the cold Alaskan wilderness. Readers come to learn that Ben had been accused of murder, forcing him to go into hiding. Eleni must fight against all odds to give her son, Jacob, a better life, but also to face the larger enemy being her self-doubt in her quest to be the ideal mother. She becomes a true heroine in this narrative by overcoming her fears of being an independent woman and the best role model for her son. As a woman myself, this novel left me excited and confident in females overcoming the constraints they face by a patriarchal society. Her bravery, resilience, and newfound perspective gives her the strength and ability to outsmart the literal and figurative “wolves” that lurk in the forests around them; moreover, her characterization made me hopeful for the inclusion of women heroes in future literary texts.

The job of “motherhood” is an already complex and tedious role to fulfill; that being said, Ben’s abrupt absence in the family leads Eleni to assume the responsibility of both parents and become the central heroine of the story. Eleni’s genuine love for her son, Jacob, literally bleeds throughout the storyline, mainly as a result of Jacob’s medical condition. The characterization of Eleni reminded me of author and feminist advocate Betty Friedan’s initiative to end the “feminine mystique” that restricts women to the role of the “suburban housewife.” Similar to Friedan, McDermott uses Eleni’s character to re-identify the purpose of mothers in households, particularly in those with broken families. As a child from a divorced family, the bond between Eleni and Jacob reminded me that a family does not require the presence of both a mother and a father to be “complete.” Contrarily, the love from one parent is enough to turn an entire wilderness from darkness to light. Although Eleni and Jacob were exposed to the extreme environmental elements, Eleni’s nurture prevented Jacob from freezing to death. In the same vein, a mother’s love and sacrifice for their child holds the power to protect them from a dangerous world.

Extending on this, McDermott’s integration of the cabin into the storyline shows that a home is not defined by its physical structure. Throughout the plot, Eleni and Jacob are surrounded by dangerously cold temperatures and deadly timber-wolves in a cabin that is falling apart; this environment differs significantly from the upscale apartment that they lived in back in Seattle. That being said, Eleni never dwells on the luxuries that she and her son once had access to. Instead, she feels fulfilled by the “home” that she has in Jacob and shows how his existence is the only “gold” that she will ever need. It is especially important for readers to be exposed to this concept in the social climate that has resulted from the COVID-19 pandemic and re-affirms the notion that my mother has instilled in me- “home is where the heart is.” The uncertainty of the virus and its impact on the future of society has reminded me that my home will always be with my mother and grandmother. Moreover, it has led me to gain a deeper appreciation for the people and relationships that I value most and who have helped to keep me from crumbling. This parallels how Eleni developed a deeper and stronger connection to Jacob throughout the progression of the plot, and how his presence prevented her from falling apart like the house.

Eleni not only morphs into a “wolf-like” character who gains the ability to maintain and exert control over her predators, but she takes on the persona as the “mother wolf” in fighting to re-claim authority over her own identity and fate in society. Similar to Eleni, women and mothers in society today are in the fight for their lives as they face the aftermath of the recent overturn to Roe vs. Wade; therefore, McDermott’s narrative serves as a tool for females in revolting against the controlling patriarchy. Eleni’s “warriorship” provides an important call-to-action for all women to revolt against systematic oppression and discrimination, regardless of the odds. In this process, she re-establishes the role of the “mother” by proving how true and unconditional love is unbreakable and its capacity to move mountains in creating a better life for future generations.

Charlotte Edwards is an aspiring poet, novelist, and screenwriter from Holmdel, New Jersey. She is a student at Monmouth University, majoring in English with a Concentration in Creative Writing. In addition, she also holds a position as an intern with Epicenter LLC, a boutique production and literary management company based in Los Angeles, California. Although Charlotte’s interests are constantly expanding, she has a particular love for fiction, such as romance/romantic comedies and science fiction.