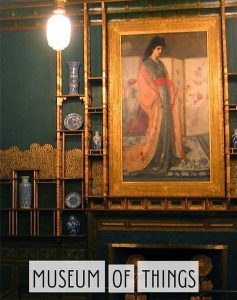 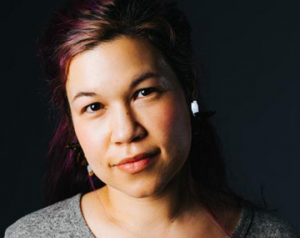 Liz Chang was the 2012 Montgomery County Poet Laureate in Pennsylvania. Her poems have appeared in Verse Daily, Rock & Sling, Origins Journal, Breakwater Review and Stoneboat Literary Journal, among others. Her chapbook Museum of Things is forthcoming from Finishing Line Press in early 2023. Her creative nonfiction recently appeared in Oyster River Pages, and her flash fiction has been published internationally. Chang’s translation of Claude de Burine’s work is anthologized in Paris in Our View from l’Association des Amis de Shakespeare & Company.

Museum of Things by Liz Chang is ekphrastic in nature, allowing the reader to walk through a small selection of objects in the “museum” of the poet’s life. Her story takes time to piece together like a complex, beautiful, and verbal jigsaw puzzle. Chang presents a view of the world that is unique by the objects she displays that people may find familiar, bridging the gap between her and the reader.

From the very first poem, there is a dichotomy of sadness and mysticalness that seems to reverberate across each page. Though very different, the two feelings of sadness and mystical enchantment are captivating, inviting the reader to go deeper, to read the poems again and feel their love and heartbreak trickle down the page in tangible streams. In her writing, Chang has made her story very accessible to her audience.

Focusing on the objects in the poems- a snoopy lamp, a white shelf, a handful of stickers-  nostalgia is present in every poem, bringing somber sweetness to the page. In my own life, I grew up with many objects passed down to me from different people. Though I am very different from the writer, I find some of the objects she writes about to be a sort of a commonality we both share. The vivid descriptions of the objects bring the museum of Chang’s life to fullness. In those descriptions the poems become honest. These objects allow the reader to walk through her memories displayed in a way that nurtures. As objects were at times passed down to her, Chang passes a part of those memories down to the reader and it is mystic.

Chang’s ordering of words and use of language are masterful. She conveys her history as a girl in a way that is magical and reminiscent of fairytales. Her poem, “It’s a Lamp, Charlie Brown” shows the reader a glimpse into her life where grandparents live in a far away land and she deals with the trauma of a helicopter accident that seemed to put a hole in the haziness of childhood. While the balloons and kites in the poem may be weightless, her words are heavy with grief.

Like balloons, Chang pulls on those emotions and memories to the surface where they can tangle with her own understanding of life. She nurtures and comforts the reader with her life history so masterfully in these poems. They are sweet on both sides and yet hard as rocks in the center. These poems are made to be read and should not be passed over. 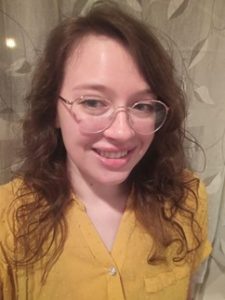 Anna Huber is a student at Monmouth University in New Jersey. She currently works as a writing assistant at Monmouth’s Writing Services and is in the process of completing an undergraduate thesis in literature. Her love for literature began at a young age as her mother is an English teacher who read to Anna often. After graduating in May 2023, She plans to pursue a career in higher education and impart an understanding and greater respect for literature to the next generation of students.