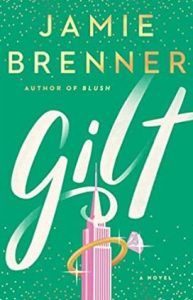 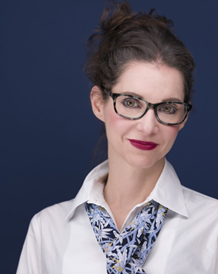 Jamie Brenner writes beach reads with a twist, including the national bestseller THE FOREVER SUMMER and her latest GILT.  People Magazine call her books, “a delightful escape wherever you are.” Publishers Weekly says of her new novel, GILT, “This beach read sparkles like a diamond.”

Jamie grew up in suburban Philadelphia on a steady diet of Jackie Collins and Judith Krantz novels.  After studying literature at The George Washington University, She moved to New York City to work at HarperCollins Publishers, Barnes&Noble.com and Vogue.com before becoming an author.

Today, she spends her summers visiting the beach towns that inspire her novels.

No one does family dynamics quite like author Jamie Brenner, and in her newest release, Gilt, proves just that. Similar to last summer’s Blush, Gilt centers around a family business. In this case, it’s Pavlin & Co., the decades old, family-run jewelry empire that changed the game for jewelers everywhere when they began selling diamond engagement rings. Pavlin & Co. told the world that, “A diamond says love.” However, when a publicity stunt gone wrong pits the three Pavlin daughters: Celeste, Elodie, and Paulina, against one another to receive a famous family jewel, the love they once shared is fractured. The fallout over the Electric Rose sends one daughter to start a new life on the shores of Cape Cod, another is left unlucky in love, and the third meets an untimely death. Now, as the company is coming up on their centennial anniversary, long ignored secrets in the Pavlin family are brought to the surface and demand to be reconciled.

The dual timeline of this story really allows readers to immerse themselves in both sides of the Pavlin family. We get to see Elodie, Celeste, and Paulina at a pivotal point in their lives, when the publicity stunt changes their relationships with one another forever. Then, we are in present day with Elodie, Celeste, and Gemma, Paulina’s daughter. Still grappling with her mother’s death, Gemma tries to piece together the past of the family she never knew. She decides to confront the Pavlin’s and claim the inheritance she never got, which she believes includes the Electric Rose. This sets off a series of events that takes readers from New York City to Provincetown, as the Pavlin family is finally forced to dig up the events of the past, and how they each played a role in the aftermath.

Something that has always struck me about Jamie Brenner’s writing, especially when it comes to family stories, is that there is never an absence of love. The Pavlin family may be estranged due to greed and competition, but at their cores, they want nothing more than to reconcile the wrongs of the past. We watch both Celeste and Eloide grapple with a fair amount of guilt that holds them back, but when Gemma reemerges in their lives, they are reminded that there is a future to the Pavlin family name, if they are willing to swallow their pride and move forward together.

Jamie Brenner never fails to deliver the perfect beach read. Gilt has the glamour of the New York City jewelry scene, the heart of the long-awaited family reconciliation, and the small town charm of Provincetown that makes you feel like you’re a part of the community. With fast-paced chapters and a cast of characters you will grow to love, Gilt is the beach read you will be more than happy to take with you into the fall! 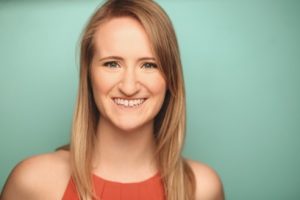 Hannah Michael is a current student in the Rosemont College Graduate Publishing program. A lifelong reader, she is seldom found without a book more than ten feet from her person. She is either reading a light beach read, or a gruesome thriller– there is rarely any in-between. Hannah holds a BA in Theatre from DeSales University, and is thrilled that she will soon hold degrees for studying both the loves of her life: musicals and books.