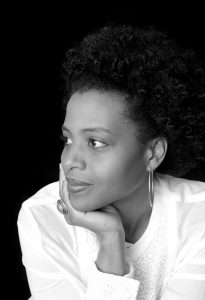 My name is Lori.

I am a Black woman. I am a writer. And I have always known that Black lives matter. As an avid reader since early childhood, I have also known that Black stories matter, but I didn’t grow up seeing myself or others who looked like me in the pages of the books I so eagerly consumed. So, when I picked up a pen to write my first stories, I didn’t write about little girls who looked like me. I wrote about people who looked like Anne of Green Gables and Laura Ingalls Wilder. I didn’t know that I could write stories with Black people in the starring roles.

That is why it was such an honor to serve as guest editor for this special Black Lives Matter edition of Philadelphia Stories, where the mission was to tell Black stories, where Black people could have the starring roles.

So, what are Black stories? First of all, they are not stories filled with trauma, terror, and references to slavery. Except when they are. They also aren’t stories situated in urban centers and populated with senseless violence. Except when they are. Black stories aren’t repositories for stereotypes, but it would be perfectly reasonable to find references to fried chicken and southern living in a Black story. It would also be reasonable to find love, laughter, and joy as well. There also might be spaceships, dragons, and unicorns. In other words, Black stories span the entirety of the Black experience and imagination. Black stories are universal stories, written by Black people.

So, the essays, stories, and poems included in this issue are as varied as Black people themselves. There is love and laughter, sadness and pain. There is pride and despair. And yes, there is mention of fried chicken. The only thing that all of these stories have in common is that they were written by Black writers. And that’s what makes them Black stories. And yet, they are universal stories. Stories that can be appreciated and enjoyed by all people. Especially, Philadelphians, as most of the selections here have an obvious connection to the city of Brotherly Love.

In this issue, there are one non-fiction essay, two short stories, and five poems written by talented Black writers from different walks of life. These selections were chosen not only because they were well written and offered evocative expressions of life, both real and imagined, but because together, they offer a glimpse into the highs and lows of Blackness in America right now. From the front lines of the fight against Covid, to the bustling kitchen of a Black church, the prose offers compelling characters and complex stories. The poetry crackles with rhythm and life.

Lori L. Tharps is a writer whose work meets at the intersection of race and real life. She is an author, journalist, educator, podcast host, and popular speaker. She is inspired by the collision of culture and color. She is fueled by creativity and passion.

Originally from Milwaukee, Wisconsin, Lori attended Smith College, where she had the opportunity to spend her junior year studying abroad in Salamanca, Spain. After graduating from Smith, Lori spent two years working on Madison Avenue at one of New York City’s top-ten public relations agencies. Soon after, she entered Columbia University’s Graduate School of Journalism and has been writing her way through the world ever since.

Lori began her journalism career as a staff reporter at Vibe magazine and then as a correspondent for Entertainment Weekly. She has served as writer and/or editor for magazines including, Ms., Glamour, Suede, Zora.com, Parents, and Essence. She has also written for The Columbia Journalism Review, The Philadelphia Inquirer, The New York Times, The Root.com and The Washington Post.

Lori is the mother of three, is (almost) fluent in Spanish, and can say I love you in seven languages. She has a labradoodle named after James Baldwin.