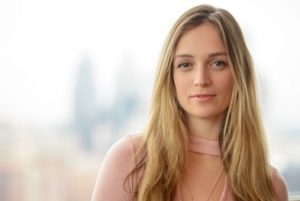 You should have stayed friends with her. You shouldn’t have learned about her death through social media when your yoga teacher posted a picture of her smiling on the yoga mat, looking pale and dreamy as the sun hit her face. Rest in peace.

You made a beeline to the bathroom at work and hyperventilated in the corner stall. You didn’t have permission to feel the way you did; you were the one who cut her out of your life. All of those friendships after her, you strived to find someone like her to get that close again. You had yet to match it.

Grief has a way of making things feel like yesterday. Memories that were inaccessible in the subconscious become unlocked and flood your mind. Suddenly, you were eighteen again when she took you to your first yoga class. She drove you to class in her tan Chevy Malibu that resembled a grandmother’s car and trembled when the ignition turned on. She liked to drive with the sun visor down, not to protect her eyes from the glare, but she slid the mirror open to look at herself as she drove, finding her own vanity hilarious. You bent and flexed your bodies together and trembled in the poses.

She got better at yoga. Her body could withstand the demands of the poses and the heat. Her moves were untouchable, and she made everyone stare. You watched the yoga teacher give her more adjustments in class, and you craved the touch she received, or maybe you wanted her all to yourself.

You would give her a ride to the train station for her Vinyasa training. She’d wear leotards with high-waisted leggings and leg warmers into the city.

“On the train, I feel like Nina in Black Swan,” she said as she refreshed her makeup in your rearview mirror. “Remember that movie?”

You remembered. You’d watched Black Swan together. She envied the ribs that protruded out of the ballerina’s leotard, and you remember the throb radiating between your legs when Natalie Portman and Mila Kunis had sex. You didn’t know you could get so turned on from watching women together. You wouldn’t know that you were bisexual until much later.

Once, after a few drinks, she kissed you outside of a bar. Her long and devilish tongue hooked into the roof of your mouth. You grabbed her thick hair in your hands and pulled her close.

“Do you remember last night?” You whispered the next morning with your bodies interlocked on the single mattress in your parents’ house. You could hear your blood pulse.

“Nothing,” she had said as she rolled off the bed, out of your reach.

A psychic had warned you, after all. He had told you someone you loved would die in an accident. You were angry at the news. This psychic had broken a code. You were a trained clairvoyant, and you would never reveal such detrimental information during a reading. You only read the good things or harmless things like past lives and forcefully tuned out the bad. What good was it to tell someone that death was coming? Death was coming for all of us.

You ran into her mother at the grocery store.

“Do you still keep in touch?” she asked with an arm full of produce.

“No, unfortunately.” We had a falling out. Her Chevy Malibu broke down, and she would come over to your house but then ask for a ride to her boyfriend’s house. The habit kept reoccurring: each time she arrived, only for you to drop her off with disappointment. You eventually told her you couldn’t do it anymore. You couldn’t keep watching her leave. You wanted her to stay, and that’s what ended things. But you never told her you loved her. You never knew if that would have changed anything or everything.

“She moved to Philly to teach yoga. She followed her dreams,” her mother said with a proud smile.

Eventually, you moved into the city, too. You meant to go to her yoga class to reconnect, but you never did.

Now, you can’t stop thinking about her body lines as she hung onto the man’s back on his motorcycle. He didn’t have an extra helmet for her, so her long black hair danced in the wet summer night. You wondered what the stars looked like that night when the storm rolled in after a dry summer day and made the streets wet and slippery. When the biker made a turn, she ejected into the sky. The lines her body made in the road when she landed, forever marking her end in asphalt unworthy of her perfection.

Leah Mele-Bazaz is a proud Philadelphian and the author of Laila: Held for a Moment. Excerpts from her memoir were shortlisted for the Eunice Williams Nonfiction Prize (2021) and a finalist for The Southampton Review Nonfiction Prize (2020). Her writing has appeared in Schuylkill Valley Journal Online, Barren Magazine, and elsewhere. In 2021, she won Barren Magazine’s December Instagram Poetry Contest. She earned her MFA in Creative Writing at Drexel University, where she also teaches Rhetoric and Composition. You can often find her at one of her two favorite places in Philly: the Schuylkill River Trail or her local library.