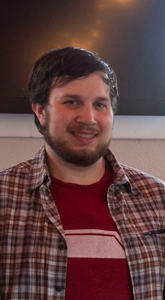 It’s been weeks since I had seen my face.

It feels so strange now, Kevin sat across from me in our small tent, a chessboard sat on the floor between us. He looked down before making his first move, moving his king’s pawn forward one space. Nobody knows how or why they started appearing, all we know is that while reflections are the only way to see them, reflective surfaces are also the only way they could get you. When the news broke, people panicked. Anything reflective was smashed and thrown away. The lucky ones got out; Kevin and I were able to get some camping supplies together and make it out to the woods before the worst happened.

“At least we have each other, and….” I paused, I knew the silver lining in all this, but it just felt wrong after everything that happened. I took a breath and matched his move, moving my king’s pawn forward one space.

I looked up to meet Kevin’s eyes with my own. “It’s okay, Caitlin, you can say it.” I let out a deep sigh, and a light cloud formed as my warm breath met the cold air.

“At least we are together, and, in a way, looking at each other is the closest we have to see our own reflection, kind of. Well, it’s more than most people can, at least.”

My twin looked me directly in the eyes before looking down and considering his next move. Despite being born only mere seconds before me, Kevin was always the more protective of the two of us. When I would get myself into trouble, he was always there to help bail me out. We did everything together, and he was my brother as well as my best friend. “Guess there is a silver lining in that, but-”

“Stop.” I cut him off. We were both thinking the same thing, but I couldn’t bear to hear it out loud right now. “It’s your move.”

Kevin let out an understanding sigh as he glanced at the opaque water bottle beside him. We had barely managed to fill it before things really got out of hand. We were the lucky ones, far enough outside the city and some supplies to keep us alive, at least until things calmed down. Although we both knew in the back of our minds that there was no way to know if it would ever be safe to return to our home and find some semblance of normal life. There were only a few sips of water left, going down to the nearby river felt too risky, and neither of us knew when it would snow next. Instead, we sat in this tent, day after day, playing chess and just talking.

He looked down at the board again, his hand drifting over each piece as he considered every possible move. Eventually, his hand settled on the pawn in front of his queen and moved it forward one space as well. After so many games of chess between us, it often came down to who made the first attack; One simple mistake could snowball the entire game, so it became a game of patience. I placed my hand on my queen pawn and moved it forward one space.

We continued on in silence, move after move. Kevin would make a play, and I would copy it. There was only the rustling of the forest as animals scurried through the grass, and birds flew through the trees and called out to each other.

The peace was only occasionally interrupted by a gunshot ringing out, leading to a moment of silence as if the entire forest briefly held its breath. It hoped that the sound was simply someone hunting for food but knew all too well of the much more likely alternative. Sanity and resources were both in short supply these days. The further you could get from other people, often the safer you would be.

The game continued on; nearly every piece had been moved, the board still in perfect symmetry as I matched each of my brother’s moves, neither of us willing to take the first piece.

We both glanced at the board, each contemplating our next moves in the game. In tandem, we lifted our heads to look directly at each other. When our eyes finally met, we froze and then spoke at the same time.

For what felt like a lifetime, the two of us stared at each other. Neither of us moved, and I wasn’t sure if we even could if we tried. The forest fell silent, and the world seemed to disappear around us. Quickly there was nothing left but me, my brother, and the small chess board between us. In the corner of my eye, I saw a flash of movement. Then everything went black.

Andy Pressman grew up in suburban Philadelphia and has been attached to the city since he was born. He grew up always loving telling and sharing stories and writing short stories has been the best way to share that love. Writing has become a comfort activity for Andy, as it’s a wonderful escape from normal life into endless fantastic worlds, and he takes extra joy in sharing those worlds he creates with others.