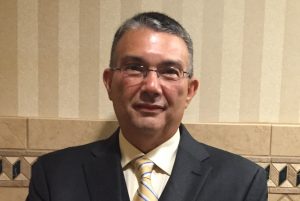 I’m not the type to fall under the spell of a false religion. The lesson has been on the books for ages. The catastrophes supposedly done out of desperation are more closely connected to opportunism than conviction. It’s been irrefutably argued that even Hitler was not a true believer.

However, lies, particularly the Big Lie, have real world consequences. Moments after I walked into Germany’s first concentration camp in Dachau, a hand gripped my right shoulder. A voice rattled my cranium, ominously stating, “The whole of Dachau is guilty.”

I didn’t ignore its exhortation. But its meaning was sidetracked by overwhelmed senses. Waves of human sweat permeated the air of dirty stained wood barracks. Forty-seven years later and I could still smell the perspiration of condemned prisoners. I visited the memorial of Methodist pastors murdered for their faith. Dachau was not a killing ground for Jews alone. Nazi’s arranged high altitude experiments in sealed chambers for Russian prisoners of war, Roma, Jehovah’s Witnesses, homosexuals, and various Catholic and Protestant ministers.

I sat in the cinema and watched films of victims with shattered ear drums, suffering from hallucinations and brain damage stumble out of chambers and die. Their disfigured bodies hauled off to a crematorium on site. Once I saw the ashes of human remains float above the camp into the environs of the town, I immediately understood what the voice exclaimed.

The town of Dachau was regularly visited with ash raining down on its cottages and streets. After the liberation the townspeople told visiting journalists they had no idea what was going on at the camp. Security forces prevented them from asking questions. The Camp’s walls and four towers were not tall enough from many in the town’s buildings and elevation to block forced labor, torture, and the bodies of failed escapes hanging across barbed wire.

But the raining ash sticks in my conscience. The whole of Dachau is guilty. Each day walking to the bakery covered in black human ash. Each week walking to church wiping away the last remains of people utterly destroyed. How do you explain this? How do you answer your God when the time comes? Why shouldn’t Hell open its mouth and swallow this place like a rat eaten by a snake?

I left the Camp, and that hand left my shoulder. Many people were killed in that camp for being artists. Maybe one reached out to me to make sure I do not forget what I saw. I am no cosmic judge. How an entire town is morally weighed is beyond my understanding. I needed a drink and a good dinner. I did both in another town. Every so often, staring at the sky and wishing eternal peace for the persecuted.