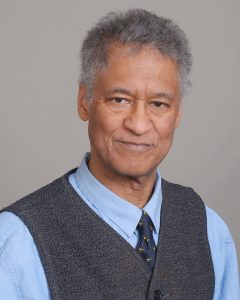 I was stationed near Biloxi, Mississippi,
before the time of Martin Luther King.
One night I went to a restaurant
with some white guys from South Philly,
but the man told us go around back.
And if we got stopped by the police,
forget about comin’ home.
You asked me why I wear this uniform.
Because it’s the way I get respect
from those ladies sitting over there
who think I’m some kind of general.
They talk to me when I bring them gifts,
just like the young men do.
I spend my days at this coffee shop.
People think I’m important.
I give them advice or conversation
or money when I’m not broke.

Robert Coles has lived in and around Philadelphia most of his life. He writes, “Since 1990, I have published over one hundred poems in various literary journals, anthologies, and magazines. My most recent poems have appeared in the summer issue of Philadelphia Stories, 2021, and I placed as a semifinalist in the 26th Macguffin Poet Hunt Contest, 2021.”