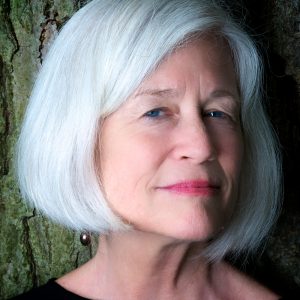 J.C. Todd’s Beyond Repair presents a solemn, resigned perspective of war and its inevitable, irrevocable toll on civilians, combatants, and their communities. The collection opens with “In Whom the Dying Does Not End,” in which a parent recalls the development of her child’s body inside of her. This intense awareness of the work of creating a body – the prolonged and exact process of gestation – follows through the book as a counter-perspective to the awareness of the body’s vulnerability to violence and how witnessing such violence can affect the brain. The poet in “In Whom…” contextualizes her daughter’s gestation within her own awareness of an insurgency in Hama, Syria. Throughout this collection, that balance between human creation and destruction reinforces the shared humanity of us and them in any conflict, across any border, but maintains that geography, history, power, and imperialism have made some bodies more vulnerable than others.

As it establishes expectations about pregnancy and motherhood, “In Whom the Dying Does Not End” offers a lens to see the effects of war on parents, children, and the bond between parents and children. Other poems such as “Cover Shot” (13) and “Night Ride, ar Raqqah” (17), pick up the theme of caring for children or carrying a pregnancy through tragedy. These poems seem to attempt to balance threat and promise. By referring to the space inhabited by her daughter as the “province of my body” (4), this foundational idea of pregnancy and development becomes complicated with the idea of nations and political powers within them. The speaker of “In Whom…” is “consumed by what I feed,” reflecting the parasitic nature of imperialism. The poem’s depiction of violence in Hama is countered by the daughter’s development: “a riot of cells / firing between [hips]” (3). Different “provinces” support or suppress different revolutions. The poem “Flashback to the Morning After” makes this parasitism even more explicit in depicting the flies in the wounds of a child: “…his decay / is the incubator / and holy food for clusters / of eggs” (44). Such a “contagion” is “alien / and intimate / as a just-conceived child.”

“My Parents’ Altruism” also repeats themes of “In Whom the Dying Does Not End” such as gestation and development of life set against a backdrop of war. The poem suggests an animal urge toward growth and survival and future. The repeated emphasis on the scientific and medical language serves to de-personalize the images and allows the poems to speak to universal human experiences. Todd writes, “Eight months before birth, / all the eggs I will bear into life / appear in me as seed” (51): not only is there birth emerging out of war, “the seedbed” where the speaker has “taken root,” but the potential for the next generations.

The landscape is another vulnerable body threatened by human violence. The former fecundity and abundance of “Peshawar  Lahore  Kashmir  Shalimar” are mourned in the poem, “The Silk Road and the Scythe.” Here, an orchard, provides an image of historical opulence and plenty “epic and sugary before it fell” by the work of “that ascetic—the scythe” (9); such destruction of orchards and farmland leads to the starvation of human bodies. Similarly, in the section “Earth” from the sequence “The Damages of Morning,” the planet itself says of its unruly inhabitants, “They cavort and die. I persist, / My motion not a quest for power / Or longevity” (75). The host can withstand cycles of destruction and regeneration to a degree we squabbling leeches, fleas, and flies cannot.

The title Beyond Repair comes from the military slang term FUBAR, an acronym meaning “fucked up beyond all repair.” Here, “FUBAR’d” is a sonnet sequence near the middle of the collection about an Air Force doctor who is coping with immense and relentless loss: of patients, community, resources, and of elements of herself. The sequence brilliantly uses the sonnet form to contain ideas and emotions that are too gruesome or too dangerous to share unfettered. The connections among the linking first and last lines of the sequence stitch together like sutures, holding together this doctor’s world, but just barely: “…In dreams, their skin gapes open / to wound her pain that has no analgesic” (31) shifts into “Too wound up and there’s no analgesic / strong enough to bring her down but uproar” (32). I think of the splint, tourniquet or the hasty stitches closing a wound enough to protect the patient for just a little longer. The subject of these poems considers how changed she is, how unrecognizable to those with whom she shares a life: “Best prepare him to live with her half-gone, / fucked up by damage beyond her control” (34).

Partway through the book, Todd’s geography becomes more familiar to American readers: in “Imagining Peace, August: 1945,” we see the speaker’s father and uncles “laze in Adirondack chairs” while drinking beer and singing “Mairzy Doats.” The poem presents a family’s exhalation after the end of war, and the ways that confrontations persist in peace: “We’re picking fights. Clam up / or else, the first idle threat of peacetime” (54). Poems in this section relate to the poet’s childhood and growing up and how life is shaped by WWII, Korea, Vietnam. Even in American backyards, insulated against so much of the terror experienced elsewhere, we feel reverberations. For many U.S. citizens living today, there are few periods of time untouched by American militarism; very few of us know no veterans or refugees of these and other wars. In “Reading the Dark in the Dark” (58) and “Reading with Students about Death Camps” (69), Todd illustrates the ways these stories of war are shared through writing and reading as well as through more personal and immediate connections.

War, militarism, and imperialism affect all of us – the relative immediacy of that danger may vary whether we are living in a region under siege, working in such a region, or growing up with someone who has witnessed such horror. Todd’s emphasis on the body allows us to consider all bodies regardless of political or ethnic identity. Removed from borders and beliefs, the physical body that demanded the sacrifice of parents’ strength, time, and safety is a body familiar to most of us. The human connection shared among parents and children across languages, regions, and cultures is matched by our shared vulnerability to violence. Todd knows that it is often easy to look away, but Beyond Repair presents layers upon layers of damage – a reader will almost certainly recognize a familiar reflection in at least one of these stories. Maybe the title is more a question than a declaration. How much suffering and how much cruelty will push us “beyond all repair/recognition/reason/redemption” (Notes 91).