“Frail is the royal barge, / Autumn the cargo.”

from Robert Hillyer’s The Leaf

In those last hours or days you’ll negotiate

spheres and rays with Galileo,

finally bend the ear of the brother

who  forever raced ahead,

revisit an evening on the rock

with the girl in micro shorts and long socks

shivering on the billiard table

as the ocean rolled back

the steeple zeroing in on Vesper.

How have our pomps decayed!

goes your song reprised: the chords

ringing from a practice room Bösendorfer

worked out until each arpeggio,

each eighth note, quarter or triplet

hours curved by the metronome

and the clarinet’s corkscrew

until the piece walked

itself with a sailor’s gait

divisions gathered in an armada

and all the lives in a small world

hanging tight on its result.

David P. Kozinski has been the featured poet in Schuylkill Valley Journal. He won the Dogfish Head Poetry Prize, which included publication of his chapbook, Loopholes. His poems have appeared in Apiary, The Broadkill Review,Chiron Review, Confrontation, Fox Chase Review, glimmertrain.com, Margie, and The Rathalla Review, among others. Kozinski was one of ten poets chosen by Robert Bly for a workshop sponsored by American Poetry Reviewand has been nominated for the Pushcart Prize twice. He received Honorable Mention in Philadelphia Poets’ 7thAnnual John & Rose Petracca & Family Award. Kozinski lives in Wilmington, DE with his wife, actress and journalist Patti Allis Mengers. 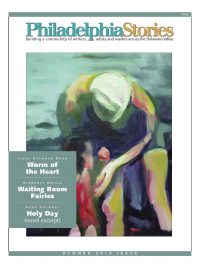