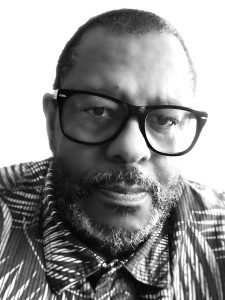 Our family moved to West Philadelphia in the 1960s after my father left the Army. Maybe because it was such a gorgeous afternoon on such a lovely spring day, my mom had walked down to my elementary school as she occasionally did, to get out of the house and stretch her legs.  As we walked back together, we talked as we strolled past neatly trimmed front lawns picture perfect in their tiny plots.

The immaculately preserved row homes in our neighborhood were obsessively maintained as the pride of ownership for Negro Philadelphians who survived the Great Depression. Many had colorful flower boxes filled with crimson and purple flowers, and others had stone facades, piped in white or charcoal. On some, the porches jutted out like crowns from the buildings. People sat on their stoops and smiled as we walked by. Others sat in shadow, just watching as the cars ran up and down the street.

I don’t remember what we talked about that afternoon. Usually, my mom would ask, “How was school? Who did you play with at recess? What did your teacher say about your homework?”

That was all it took, and we would prattle on about anything and everything, including Grant, my pet turtle. “You know he got out again?” my mom might have said. “This time, he pushed the gravel up against the side of his habitat, made a ramp, and then climbed out. I found him in the closet with a family of dust bunnies riding on his back.”

Or, as it was near the end of the term, I’d muse about school next year—”I’ll be in 5th Grade!”—and everything I hoped to learn and do.

We lived on a well-traveled thoroughfare in a white, three-bedroom house on the even side of the street, two blocks up from Market Street. It had a big basement and a stone porch, where many homes on our street had wood or wrought iron railings.

On the other side of the street, a group of girls about my age played double-dutch—the tap-skip-tap a familiar sound as girls all over the neighborhood played it. Next to them, a little girl bounced her ball. She wore a frilly, brightly colored dress and shiny black shoes. Her mother had done her hair in thin braids that young girls liked to wear. A rainbow of colorful barrettes secured her tightly woven strands.

We had reached the top steps leading to our front door when we heard a loud bang. It was a loud thump, really, not a crash or crunch of metal, like two cars coming together. I’d heard that before. This sounded different, and I looked back.

The first thing I saw was a bright red ball with sparkles—the kind you could purchase from Woolworth’s for 49 cents. It rested against the curb, still and grimy.

The ball had bounced away from the little girl, and she had run after it. She hadn’t looked. She hadn’t seen the car moving up the street. The driver hadn’t seen her until it was too late, and he hit her. She lay in the street all done up like it was her birthday, ready for the party she would have. The ball was undoubtedly one of her presents, which was why she ran after it. It was too new to lose.

She was not moving. I couldn’t see any blood. My mom fumbled with her keys as she rushed to get me inside because she didn’t want me to witness the pretty little girl lying in the street. The car that struck her hovered, menacing inches away from her head.

Though I can’t remember the color of the car, I remember the little girl’s frilly lime green dress with white accents blowing in the wind—her black skin in contrast with the bright party dress she wore—her body laid on the ground, broken.

Passersby had assembled across the street near where the little girl lay; I wasn’t paying them much attention.

A woman came marching down the street. She pointed up at my mother and demanded, “Do you have a phone?

“Then go call the ambulance.”

My mom was standoffish with people she didn’t know and never liked being told what to do. Still, given the situation, mom forgot about me, and instead of shepherding me inside, she vanished into the house to call and ask that an ambulance be sent. Back then, there was no 911 service, so you had to dial direct or ask the operator to connect you. It usually took some time for the operator to come on the line. When she answered—and it was always she then—the operator would ask what service you needed police, fire, or ambulance and would connect you.

A single police car came. He drove up slowly; quietly, there were no lights or sirens. As I remembered, it was a blue car because the city had begun replacing the lipstick red cars they had when we first moved here. He stopped behind the vehicle that had struck the little girl.

The cop got out of the car and strolled up the street. I stood on the porch and watched. He swung his arms and adjusted his cap as he walked around to the front. He managed to look around without seeing any of us, much less the little girl who lay in the street ahead. With each nonchalant step, the assembled passersby and neighbors grew tenser. Their eyes narrowed, and they began to mutter. It made me angry, too, instantly, volcanically. I watched his every step, my anger boiling, the disdain that he conveyed pricked my conscience, offended my understanding of why he was here, tarnished the badge of a public servant, soured the title Police Officer.

So, I became someone else, no longer just a marginally concerned party. I became a witness. Witness to what I didn’t know, I was nine years old, and my experience limited the outcomes I could imagine or predict. But it was now my responsibility to remember as much as I could. Record as much as I could in my memory and keep that image in the eye of my mind.

Then something awful happened.

The cop looked down, and his face changed. His self-satisfied smirk faded, and he became grave. Perhaps the little girl had stopped breathing, had a seizure, or someone in the crowd said something.

He scooped her up and ran up the street. Holding his hat in one hand, cradling the little girl in his arms, he sprinted, as I imagined he did in high school, running in his last race as a senior. He ran the 100 yards like his life, and the state championship was in jeopardy. He didn’t stop until he disappeared into the doctor’s office at the corner of our block.

A few minutes later, he emerged. Still carrying his hat, he was breathing hard, walking with a purpose. That arrogant, insensitive gate that I found so offensive had disappeared. He had a spring in his step. Perhaps he realized we bleed too, and he probably had saved the little girl’s life. His head snapped to the right, and he saw me. My gaze didn’t waver.

Sometime later, about a month or two, I saw the same little girl back bouncing her red ball in front of her house. When it jumped away from her, she didn’t run into the street after it. She let the ball roll to the other curb, and after looking both ways, she skipped after it.

I write this because this incident had been playing in my mind lately. I believe it may be a reaction to the attitude that claims you are a hero just by putting on pants and showing up. Damn what you do, what you say or how you say it. Or, maybe it’s because the police killed another unarmed person in their custody—once again, again, once again.

I wondered what became of that Philly cop that over 50 years ago transformed from disinterested bystander to a human being, at least long enough to cradle that little girl in his arms and rush her to a place where she could get help. I wondered if he took that feeling back to this patrol car, back to his precinct and home with him, and after everything, did it last—did he change? Did he answer every call from then on as if he could be the difference? Or did he backslide?

Leon Jackson Davenport is a Writer, Fine Art Photographer, and Emmy nominated Video Editor. Leon lives in the Eastern US, with his lovely wife, and a cadre of feral cats who come and go as they please. He has published online in Six Sentences, Foundling Review, The Full of Crow Quarterly, Powder Burn Flash, and in volume two of the print anthology, “FEAR: A Modern Anthology of Horror and Terror” published by Crooked Cat. He is currently a master’s degree candidate in Creative Writing at Wilkes University.