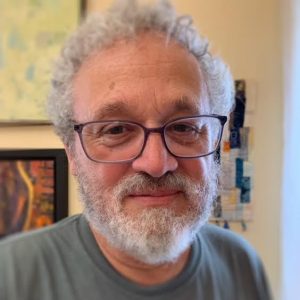 Old brauchers knew the making of good beer from pumpkins,

the preparation of ripe poultices to fix sore eyes and hearts,

the scribbling of mystic letters that, tacked to the lintel in a grid,

would drive the worst of malefactors from the door.

The learning of these arts, they knew, embodied one fixed rule:

A man can teach them only to a woman; a woman only to a man.

And so with us. This of you, that of me, in rites of bed and table,

exchanges older than the spoken word, new incantations purely ours,

We may bury a potato under the eaves and repel all wickedness.

I will show you.

*A braucher was a healer in the Pennsylvania German tradition of folk medicine.

A native of eastern Pennsylvania, Jack Romig lives with his wife and son in the Berks County village of Huff’s Church. He was a longtime manuscript editor with Book-of-the-Month Club in New York City. His poems have appeared in The Fourth River and in the former online journal Common Sense 2, where he was poetry editor for three years.