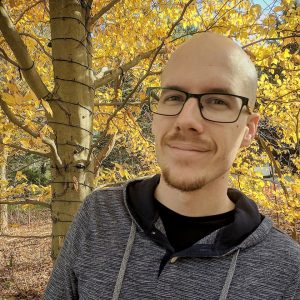 Don’t talk about them.

Just ignore them, and don’t talk about them.

And they didn’t really talk about the grass that always grew too long. Nor the disarrayed wooden front porch, which rotted away a little more with each season. Nor the tattered screen door, hanging limply on by its rusted hinges.

They didn’t talk about the boy who lived there, nor the two girls, and how they seemed to vanish each time a neighbor came much closer than the sidewalk.

They didn’t talk about the odd clothes those kids wore, like hand-me-downs, both too big and too small and mismatched from shirts to sneakers.

The closest they ever got to saying anything at all was a Sunday morning, where they had stopped by the woods to strip some bark from the loose branches, to play swords in a backyard.

One of the boys nudged another and breathed as quietly as he could, “look.”

They watched as the father and son got into the front seats of the tan-brown station wagon and the mother and teenage daughters into the backseats. The car drove up the gravel path and past them as they watched, gawking awkwardly from the corner.

The car drove away down the street and turned out of sight.

The neighborhood went quiet. It remained quiet for some time. And for that strange amount of time, the boys seemed just to wait, as though the scene had not entirely ended, as though the other shoe would soon drop.

Something sodden seemed to form over them, inarticulate and heavy. They stopped playing.

And after the short time had passed for waiting, they quietly threw down the sticks among the trees’ roots and picked up their bikes where they had left them. Without speaking, they began to walk home.

“Did you see their faces?” one of the boys asked after they had walked past a few houses.

“My mom says not to talk about them.”

“Yeah, that’s probably right.” A pause came, and then went. “But did you see their faces?”

“Why did that boy sit in the front seat?”

“I don’t know. We shouldn’t talk about it anymore.”

“Yeah, I guess.” They quietly walked on for a bit. “Has your older sister ever let you have the front seat? – And he didn’t look any older than us. And – Why did their mom sit in the back seat?”

“I don’t know. Maybe we shouldn’t talk about it.”

The tread of the bike tires purred on the street as they walked back home. It felt like the only noise in the entire neighborhood – or the entire world.

A breeze passed, but it was not cool, and they passed under the shadow of one of the cedars.

Soon, very soon, the summer would end, and they would go away again – away from here, away to school, away from childhood – and these strange and quiet moments would fade.

“I mean–did you see their faces?”

Isaac W Sauer is a writer and poet currently working as an investment analyst in Plymouth Meeting, Pennsylvania. He received his Bachelor’s degree from Eastern University, studying literature, politics, and philosophy.