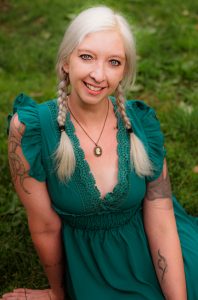 I am a junior in college.

We have been doing a weekly movie night for most of the semester, a result of his vocal belief that my knowledge of film is far inferior to his own. It is not the only thing, he occasionally reminds me, he finds inferior. “Hedwig and the Angry Inch,” he responds, and wonder what itching could possibly have to do with the plot of this film.

“I can’t believe you’ve never heard of this,” he continues.

So far, he has shown me a lot of films–some independent, some canonical, some just weird–I’ve never heard of, which just serves to further convince me this tumultuous relationship is to my benefit.

“An East German rock star with a botched sex change operation,” he answers.

“Oh!” I say. This arc surprises me more than anything involving itching.

“Of course it’s a musical,”

I am not doing well.

Undiagnosed mental illness, unresolved trauma, and anorexia have all combined in a perfect storm of dysfunction. I am emaciated; self-harming; self-medicating; and so, so sad. My marriage is on the rocks; my body is falling apart; everything is shrouded in a hazy darkness through which I trudge from day to day, feeling as if each of my limbs weighs hundreds of pounds.

I do not know that agony is not normal.

“Guess what I heard?” my husband says.

We are driving home together from our respective jobs in the city. I am lost in ideation.  “What?” I ask dully.

“They’re reviving Hedwig and the Angry Inch with Neil Patrick Harris as Hedwig.

This sentence slices through the fog of my depression like a sunbeam.

I think back to 2004, and my first viewing of Hedwig next to the boy who never did fall in love with me. I think of the tens of dozens of times I have watched the movie since then, after it immediately escalated to the top of my list of favorite films. I think of Neil Patrick Harris, of whose existence I was reminded thanks to his role in Harold and Kumar Go to White Castle, also one of my favorite films. I think of Doogie Houser and Dr. Horrible’s Sing-a-long Blog and Assassins; I think of the fortitude it takes to be a leading Queer actor in Hollywood in the early 2000s.

“Nope, I just saw the article today.” He looks at me.  “I thought you would like to hear that.”

He is suffering too, watching my decline. I know he feels impotent as I lose more weight and cut my skin; I know he does not know what to do. I appreciate his endless attempts to cheer me up over the past year, but I am usually too lost in emotional turmoil for any of it to work.

I still do not know the people I love feel my pain by proxy.

However, I am experiencing something with this news, a stirring of excitement and anticipation I have not noticed for months. It is a departure from the overwhelming negativity which has tainted my consciousness as of late, and I seize upon the rare chance to feel anything positive at all.

“When?” I demand. “Can we go?” I beg. “Do you think Neil Patrick Harris  will sign my Hedwig tattoo?”

Hedwig and the Angry Inch has so touched me over the years, a still from the film is etched into my skin. I have memorized all of the dialogue; I have been listening to the soundtrack for a solid decade. I’ve even followed the career of John Cameron Mitchell, one of the show’s originators and its first titular character.

“I doubt we’ll be able to afford Broadway tickets,” he admits, and I know he is correct.

“We’ll figure it out anyway!” I say, somewhat manically. “We’ll bring friends and get a group rate, or we’ll stop buying weed and we’ll save up, or…”

I chatter more on the drive home than I have in ages.

“I’m so fucking excited,” I answer.

My husband and I are at a Holiday Inn in Manhattan. It is the first time we’ve stayed in a hotel in five years; it is our first vacation since our honeymoon in 2009. It is only 36 hours in New York – a mere ninety minutes from our home in Philadelphia – but I am as excited as if we were taking several weeks at an all-inclusive paradise with umbrellas in the drinks .

“We should go soon,” my husband warns as I reapply lip gloss and brush my hair again, unable to keep my mildly-frenetic feet in one spot for more than a few seconds. “The curtain goes up at eight–which means 8:15, but whatever.”

We are going to see Neil Patrick Harris in Hedwig and the Angry Inch on Broadway.

This entire affair is eighteen months’ worth of latte deprivation, online shopping abstinence, and all the Christmas presents I kindly requested of family be gifted as straight cash. Getting here was a Herculean task, involving uncomfortable favors and friends of friends of friends and waking up before dawn to join a phone queue. It is beyond surreal to finally be on our way to the Belasco Theatre; I have literally had a countdown in my phone for the ten months since we acquired these tickets.

For a few of those months, I was also in residential treatment for my eating disorder.

Residential treatment is fully-immersive, extraordinarily intense, and overwhelmingly uncomfortable. Given that most eating disorders develop as a way to avoid feelings, and that a starving brain is designed to numb feelings out of self-preservation, the process of feeling feelings again is viscerally painful. It was weeks upon weeks upon weeks of weight restoration and trauma processing and missing my husband; it was relearning how to care for my body and manage my mind.

Recovery from an eating disorder takes years, and things do not improve immediately upon leaving treatment; it is not a magic pill. The short time I have been home has been difficult and emotionally taxing, though I must admit I prefer it to when everything was bleak and I loathed my very self.

We are slightly early, and I look around at the interior of the theater. The set is illumined with an ethereal blue glow, staged to look like the vestige of a bomb site, littered with burnt-out relics. There is, inexplicably, a Playbill for Hurt Locker: The Musical on the ground below my feet.

I am learning about self-love or radical acceptance. I reflect often on the experience, seven years ago, which I classify – now and probably forever – as “The Best Theatrical-Going Experience of My Life.” The reason for this, sheer theatrical merit notwithstanding, has very much to do with the state of my mind today. It has to do with the seventeen years that have passed since I was first introduced to Hedwig, and the seven years that have passed since the show; it has to do with my work in therapy, my progress, and my struggles.

But first, maybe, some background.

Hedwig and the Angry Inch is essentially a rock opera, told in the style of a live rock show, the setlist composing the narrative and the stage banter between songs supplying the details. It is the story of a Queer rock star from East Berlin who immigrates to the United States after a botched sex change operation and fronts a rock band known as the Angry Inch. It is a story of loss, and mourning, and overcoming; it is a story of love and trauma and creation.

Hedwig, born as Hansel, is abused as a child in East Germany. She meets an American sergeant with whom she falls in love, who promises to marry her and take her out of communist Germany. Hansel assumes her mother’s name and passport and undergoes a genital reassignment surgery – which is botched – in order to leave East Berlin. Her husband then deserts her in Junction City, Kansas, immediately upon their move to America. Hedwig forms a band and falls in love with a young musician, who later abandons her upon discovering her “angry inch” and rockets to solo stardom utilizing their co-written material. Again and again, Hedwig is knocked down; she continues to get up, searching for love, searching for home, searching for self. At its foundation, Hedwig is very much a tale about the growth which can emerge from grief; it is about the journey to identity.

The 2014 revival of the show with Neil Patrick Harris opened at the Belasco Theatre on April 22nd. It was staged as a live-music concert in real-time, the venue fictitiously presented as the abandoned set of Hurt Locker: The Musical.  Later runs would feature Andrew Rannells, Michael C. Hall, Taye Diggs, and John Cameron Mitchell, the last of whom also played Hedwig in both the original and the film versions of the show. Hedwig ran until September of 2015 and won four Tony awards.

There is a line of dialogue from Hedwig that regularly flits through my head, words I think about when I am struggling. It is a line I remember when I am lamenting my still-ongoing recovery; the nuisance of mental illness; the injustice of having a disability. It is spoken after Hedwig and her partner begin to make love for the first time, and he has discovered Hedwig’s failed gender reassignment. He asks, in a quavering voice, what is that?

There is a pause.

And Hedwig says, it’s what I’ve got to work with.

That’s it. That’s the line.

Through the darkest years of my twenties and thirties, when I could not find hope and everything hurt, I resented my illness, and my history, and all the other factors which combined to make my existence seem harder than everyone else’s. I was so filled with resentment, there was no room to enjoy anything else.  But after treatment, and time, and about seven more years of therapy on top of that, there is finally space for light to trickle in. I appreciate the strengths I have developed in the face of my illnesses; I feel gratitude for my children and chocolate and the beauty of a sunrise. I have worked my ass off learning skills to mitigate my disabilities.

I now know there is joy between all the struggling, and that has to mean something too. Because I have finally accepted what I have to work with. And, just like Hedwig, I feel whole.

Shannon Frost Greenstein (she/her) resides in Philadelphia with her children, soulmate, and persnickety cats. She is the author of “These Are a Few of My Least Favorite Things” (Poetry, Really Serious Literature, 2022), “Correspondence to Nowhere” (Nonfiction, Bone & Ink Press, 2022), and “Pray for Us Sinners” (Fiction, Alien Buddha Press, 2020). Shannon is a former Ph.D. candidate in Continental Philosophy and a multi-time Pushcart Prize and Best of the Net nominee. Her work has appeared in McSweeney’s Internet Tendency, Pithead Chapel, Bending Genres, and elsewhere. Follow her at shannonfrostgreenstein.com or on Twitter at @ShannonFrostGre.